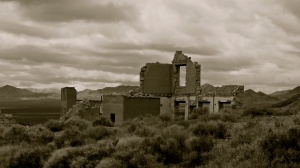 I was watching the Today Show this morning while I was getting in my cardio workout on the treadmill at the gym.The segment that caught my attention was an interview with the stars of a new Broadway adaptation of The Trip to Bountiful by author Horton Foote. I never saw the movie version in the 80s and was interested to learn that while the Cicely Tyson character, the aging Mother Watts, wants to return to the small Texas town where she grew up, there is so much more to the story. Bountiful is about family dynamics, unfulfilled dreams, and taking responsibility for your own wants and desires.

A good friend that I went to high school with actually moved to Bountiful, but in her case the state was Utah and not Texas. Debbie was raised a mormon and when her folks retired and moved back to Utah to be closer to their extended family, she soon followed, taking her husband and daughter along. Unfortunately,Keith did not have family or a connection to Utah.  They eventually divorced and he returned to California. Bountiful did not turn out to be the panacea that Debbie had hoped it would be. Now all she talks about is how much she misses Southern California yet she has not made any effort to return.

In the play Mother Watts does eventually make it back to Bountiful, Texas but she finds it is not much more than a ghost town. A hallow shell of the joyful place that she remembered from her childhood. I think that sometimes we all fall into that trap of hoping that someone or something  from our past will make our life better or fill a void, rather than doing what is necessary to move forward and build a life that is meaningful in the here and now. We need to know what our Bountiful is and be willing to take the trip to get there.