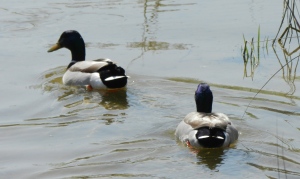 Working together to make a life more meaningful.

This summer I am in my tenth year of retirement. I was offered an early retirement from the Postal Service that allowed me to say goodbye to the daily grind as a Postmaster at the age of 50. It was the best decision I have ever made but it was not an easy one. My husband still had two years to work before he could retire from the fire department and we had two children in college at the time. Fortunately, we had made some decisions pre-retirement that put us in a much better position to take the leap.

I think the best decision we made toward that end was to enter retirement debt free …no mortgage, no car payments, no credit card debts, and no outstanding loans. It gives you so many more options as you transition to life after work. It sounds like a tall task and it certainly would have been if we didn’t start planning for retirement almost as soon as we married. We made a conscious choice to live within our means. We bought new houses and cars that were well within our budget and that met our needs. We took vacations with our kids, sent them to summer camp, nourished their extracurricular interests, and made sure they were prepared for college. We did not do without but we did keep our eyes on the future. If either one of us got a pay raise, we would put that additional amount in savings or to pay down our mortgage rather than spend-up to our new income. It was tempting to consider a trip to Hawaii or a new boat or whatever was my passing fancy at the time, but I am glad that my husband was there to gently remind me of our long term goals.

Planning for our kids college education was another important decision. We started college accounts for them before they even started school so that we would had enough saved for tuition and fees for four years at a state college. As it turned out they each earned scholarships and grants that would cover the bulk of their college expenses so that was a bonus we hadn’t counted on. That also meant that we had the money to visit them at their out of state universities and to pay their plane fare to come home for visits or holidays.

When I retired in 2005 we owned a 1990 VW Vanagon camper, a 1995 Ford pick-up and a 2000 VW Beatle outright. We bought them as new cars. The Vanagon went to our son when he graduated from college (he still owns it and it is his only car) and the Beatle to our daughter. The Ford pick-up is still in our driveway (in working condition) waiting to be donated to charity. It was a good decision not to fall into the trap of feeling like I needed a new car every couple of years and one that helped me successfully retire well and early.

I’ll be the first to admit that we have had some breaks along the way. But I also know that hard work, determination and, most importantly, being on the same page with your spouse can make all in difference in getting to where you want to be in retirement and in life.