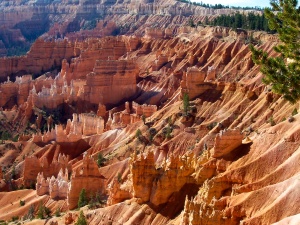 There are 58 National Parks in America spread through 27 states and the US territories of American Samoa and the US Virgin Islands. When you add in National Monuments, Memorials, Military Parks, Historic Sites, Recreation Areas, Seashores, Scenic Railways and Trails there are over 400 of America’s greatest national treasures scattered through every state (save Delaware) that have been preserved and protected as public land for the enjoyment of all.  American historian, writer and environmentalist Walter Stregner called it “…the best idea we have ever had.” I would have to agree.

Growing up in California, the state with the most National Parks, I fell in love with the beauty of the giant sequoias in Yosemite, Kings Canyon and Sequoia National Parks. Joshua Tree and Death Valley provided a stark contrast, yet a beauty all their own, with wide-open, arid landscapes with plants and animals adapted to live in such harsh environments. Channel Islands is a very different National Park, situated as it is off the coast of Southern California, encompassing five of the eight islands in the group. It gave us a chance to get out on the water to experience the seals, sea lions, whales and birds that inhabit the ocean and islands. All these parks were within a half a days drive of where we lived and we took full advantage of them. We shared them with our children as my parents had shared them with me. In all, we have visited at least 35 National Parks and too many other nationally preserved lands safeguarded by the US Park Service to quantify. Every one provided another thread to the fabric that strengthens our nation and helps to preserve the heritage that we all share as Americans.

There is currently a movement in Maine to establish a Maine Woods National Park in the Katahdin/Moosehead region seeded through a donation of 75,000 acres of land by Roxane Quimby and her son Lucas St. Clair.  Not everyone thinks it is a good idea, especially some local residents who feel it will signal the beginning of the end of the of their unlimited access for hunting, fishing, snowmobiling, and other recreation they have enjoyed for years through the good will of the lumber companies that worked the area for 200 years or more. They fear that it will bring to an end the mill jobs that  paid living wages to it’s workers. But times are changing. One by one, many of the mills are closing as those good paying jobs are moving overseas to countries that are not as generous in their compensation. Slowly, some of  the locals are beginning to soften to the idea of a National Park and the possibility of returning prosperity to the area. It won’t happen overnight, but I would like to someday attend the dedication of Maine’s second National Park.

This weekend is the official season opening for many of the National Parks and the start of National Park Week. Admission will be free on Saturday and Sunday, April 18 and 19, so take advantage by visiting one or more of our greatest national treasures. I promise you will not be disappointed.