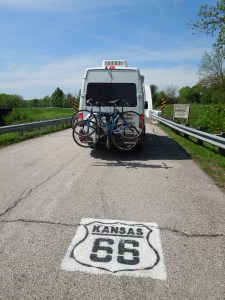 We had planned to be on the road by now for what has become a nearly annual mud season camping trip. When winter seems to be breathing its last breath here in New England, temperatures rise and precipitation begins to fall as rain instead of snow. The plow piles and blankets of white that have remained frozen through the long winter don’t stand a chance. It isn’t long before all that melting wet snow reveals a muddy mess anywhere there is exposed soil. And in this part of Maine that is just about everywhere. It isn’t a pretty site and it can take more than a month to dry out enough so gardens can be started and lawns rehabilitated. It is an ugly season. Unlike the other four …spring, summer, fall and winter… mud season has few redeeming qualities save for allowing the transition to spring. And so we have learned the best way to get through this season is to hit the road and head for warmer climates. An important wedding in Alaska earlier this month delayed our departure, but now our camper van is packed and our bikes are strapped to the rack on the back. Now we are just waiting for one last cold storm to clear out so we can be on our way south early tomorrow morning.

Every mud season is a new adventure. While we have discovered places we would, and sometimes do, return to, more often than not we select a new itinerary that will take us to places we have never been. We generally avoid large commercial campgrounds, which often feel more like communal parking lots. We have learned over the years not to cram too much driving into one day, although sometimes it is worth it to drive a couple of extra hours to be able to get to a destination that we want to spend more time actually camping and exploring. We have been on the road for as long as 6 weeks, like the time that we drove from Maine to Chicago, then the entire length of  Route 66 from Chicago to Santa Monica and then along the northern tier states, stopping to visit relatives along the way back home. But our usual mud season trip lasts about three weeks and that will be the case this year.

We used to try to just head south and see where the road leads us without planning where we would stop for each night. But we soon discovered that it can be hard to secure a campsite at the last minute, especially along the southeast coast this time of year. And many campsites in New England don’t open until much later in the season. There is usually the option of parking in a Wal-Mart parking lot until we get far enough south to find open campgrounds, but that opportunity does not appeal to me in the least. So now I rough out a route and look for interesting things to do and see along the way. For the most part I try to plan driving days that are no more than 6-8 hours long (and off the interstates when possible) and then make reservation for 2-3 days of camping so we have time to relax and explore before the next driving day. This year our mud season camping trip will take us south as far as Georgia, west to Hot Springs, Arkansas, east again to the Land Between the Lakes National Recreation Area, north to Ohiopyle State Park and Fallingwater (the famous Frank Lloyd Wright house) in Pennsylvania before heading for home in early May. If all goes as planned the mud will be gone, the ice will be out of the lake, the gardens will be ready for planting, and the lawns will be greening up when we get home. And we will have had the pleasure of experiencing more of the wonderful places in this great country we call home.